Infinideck, the company that built the omnidirectional treadmill used in Ready Player One is adapting its technology for consumers. 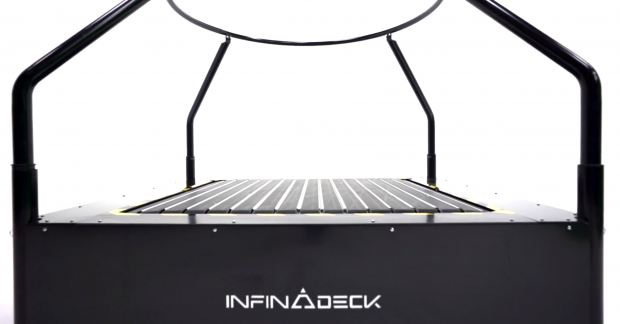 Infinadeck, if you’re not aware, is an actual product. The company developed its omnidirectional treadmill technology several years ago, but it never came to consumer markets. It is costly in its current form and is only accessible to enterprise, medical, and government agencies. Infinadeck has not publicly revealed the price, but we have heard that the cost is five to six figures.

Infinadeck’s technology is so expensive that we never expected it to come to consumers. However, in a recent interview with Antony Vitillo at Skarredghost.com, Infinadeck’s CEO, Ken Bossung, revealed that his company plans to make Infinadeck a mass-market product eventually.

In the short term, Infinadeck is sticking with the enterprise-level market, but Bossung said he has his eyes set on the consumer market in the “mid-term.” He did not elaborate on the timeline, but he did say that Infinadeck would introduce a “consumer device for the masses soon.” Perhaps a reveal next year?

Bossung said the consumer Infinadeck would be “smaller (in height, length, and width), be far lighter, be very fast and reactive, and be priced for consumers so anyone can have one.”